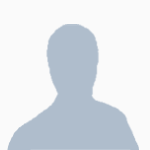 LittlBUGer is working and living...

LittlBUGer has no profile comments yet. Why not say hello?