Here are this year's pictures!!! Sorry, no pic's of me watching the game with a hat and helmet on....just basically pictures of my office. Well I have added a picture of my wife and the wallpaper on her computer. I've had a majority of these items hanging on my wall since the season started. In preparation for the game tomorrow.....I hung more! The only thing I regret is the fact I couldn't afford a new jersey this year again. I did however help my oldest son with the purchase of his Roethlisberger jersey on his birthday back in October. I would really love to buy a Ward, Bettis, or really a Polamalu jersey for myself. I was really hoping to have the money this week to buy it but came up short, sorry folks I need my phone! Oh well, I'm happy with my number 91 Kevin Greene jersey! I've had that about as long as my "Terrible Towel".....over 10 years now! Honestly back then I really wanted a 95 Greg Lloyd jersey. However I can't discount Greene, those two were some great LB's that really helped push the Steelers to their last Super Bowl! Too bad they had O'Donnell at QB to screw up that Super Bowl. Anyways here are my office pics, starting from one corner of my office all around: 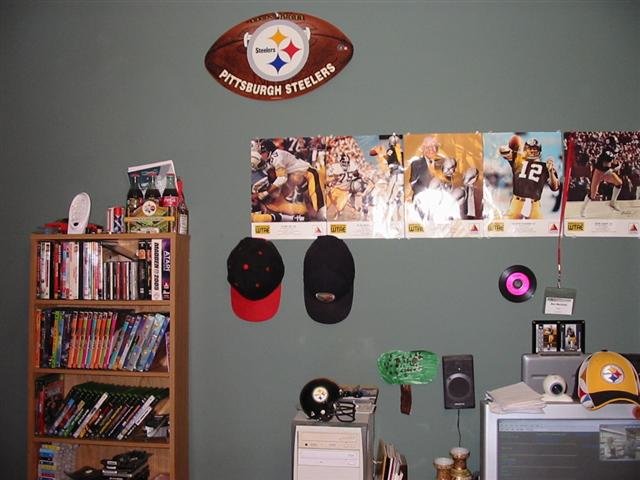 The start of my office. We'll start with the Heinz field 6 pack of coke on my media shelf. I bought that off of eBay earlier this year. About a week later the seller sent me the pictures hanging on the wall for FREE! What a great guy! There are pictures of the great 70's Steelers history. Then of course the mini Steelers helmet on top of my computer, several hats, and a Roethlisburger and Bettis cards in a case. My wife bought that case for me years ago off eBay I think. I've replaced the cards in it over the years. 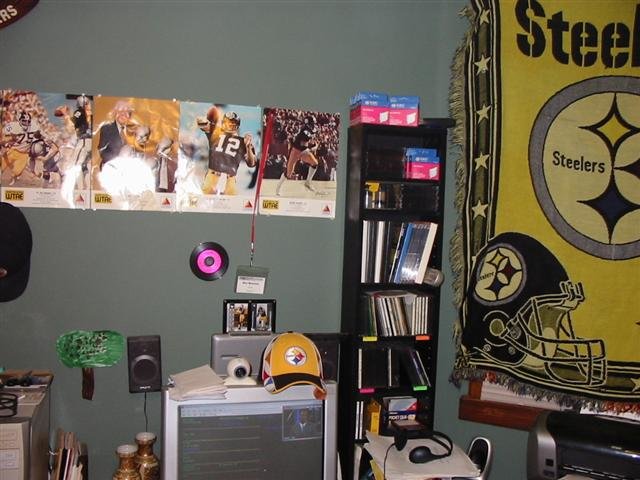 The next picture just shows you the rest of the pictures I have on the wall and part of the Steelers blanket I have hanging in one of my windows. You can see some more of my messy desk too! 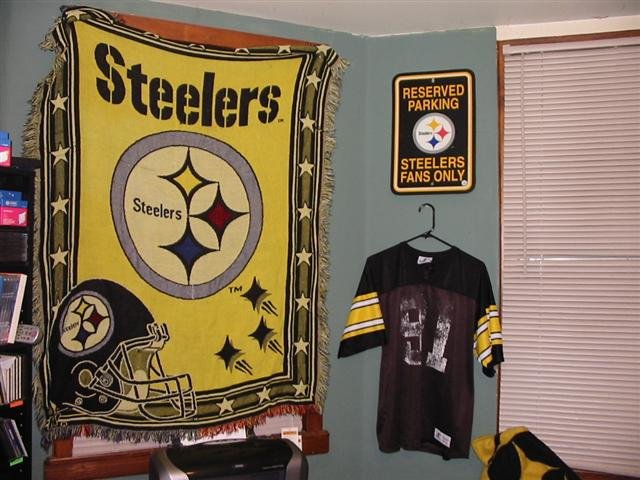 There is the whole blanket, one of my "reserved parking" signs, and my famous 91 Kevin Greene jersey. If you've been with the project since last year....you would have seen pictures of myself wearing the jersey watching a game. I'll have it on tomorrow!!! 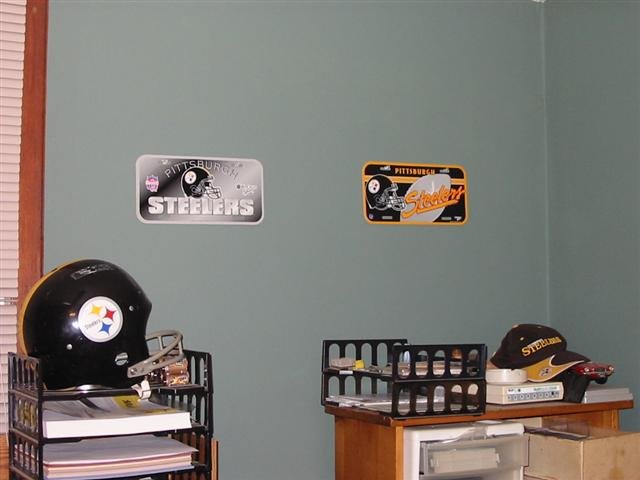 There is my new Steelers helmet, a few license plate things, and an old Steelers hat. The helmet is new to me, I just got it as a kind of Christmas present from my wife's family. They are all browns fans but for some reason about 20 years ago bought their son a Steelers helmet?? After all of these years it's finally in good hands! 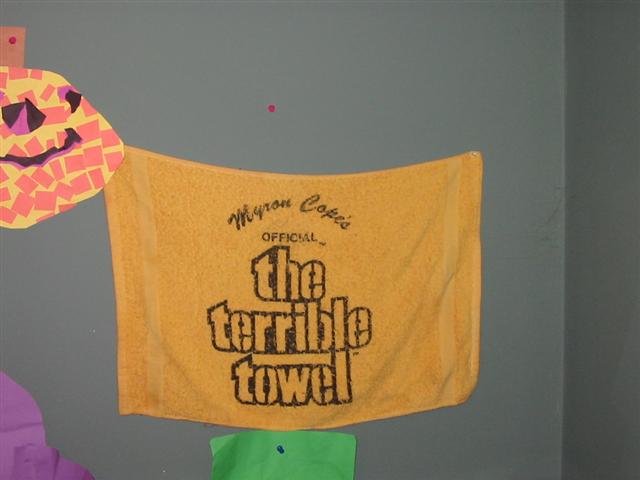 There is my "Terrible Towel"!! I've had it since the last time the Steelers went to the Super Bowl. It's been hung in my office for years. I don't know why I haven't bought a new one last year or this year? I bought this one at a local Kmart and I guess for somethings I just don't like to order online. 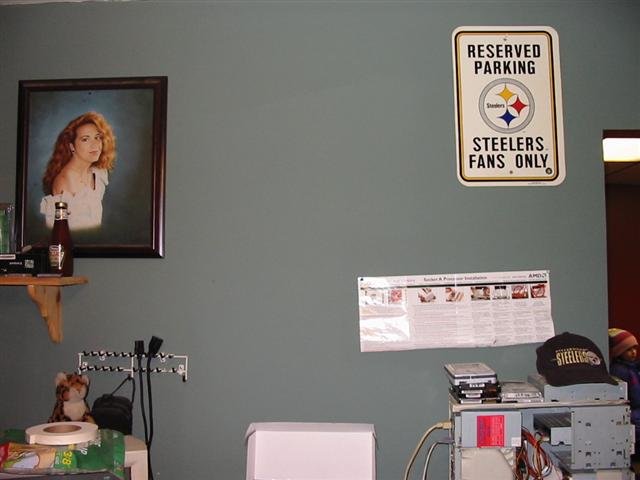 Finally made it all the way around the office. There is my Steelers Heinz Field bottle of ketchup barely visible to the left on a shelf. A lonely "parking only" sign to the right and finally another Steelers hat! 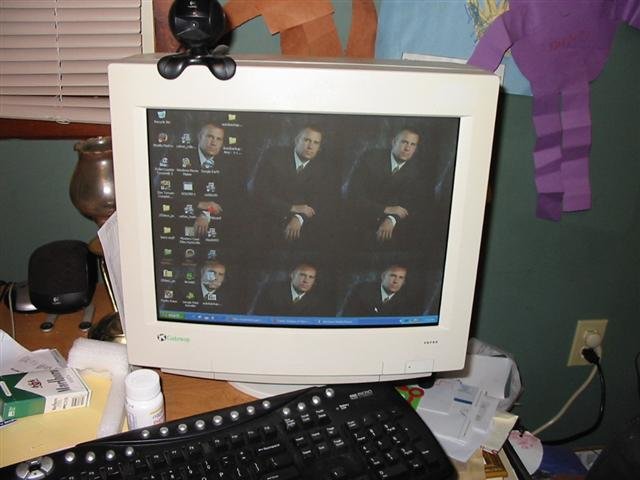 My wife's computer. I guess it's a good thing we are both named Ben!!!